NTC is open to current students, prospective students and limited public. Learn more about our Timberwolves Together plan and COVID-19 updates.

Juneteenth commemorates the end of slavery and is also known as Freedom Day or Emancipation Day. Read on for a bit of history (as shared from Juneteenth.com) and a community event.

Juneteenth is the oldest nationally celebrated commemoration of the ending of slavery in the United States. Dating back to 1865, it was on June 19th the Union soldiers - led by Major General Gordon Granger - landed at Galveston, Texas with news the war had ended and the enslaved were now free. Note this was two and a half years after President Lincoln’s Emancipation Proclamation - which had become official January 1, 1863. The Emancipation Proclamation had little impact on the Texans due to the minimal number of Union troops to enforce the new Executive Order. However, with the surrender of General Lee in April of 1865, and the arrival of General Granger’s regiment, the forces were finally strong enough to influence and overcome the resistance.

The reactions to this profound news ranged from pure shock to immediate jubilation. While many lingered to learn of this new employer to employee relationship, many left before these offers were completely off the lips of their former 'masters' - attesting to the varying conditions on the plantations and the realization of freedom. Even with nowhere to go, many felt that leaving the plantation would be their first grasp of freedom. North was a logical destination and for many it represented true freedom, while the desire to reach family members in neighboring states drove some into Louisiana, Arkansas and Oklahoma.

The celebration of June 19th was coined "Juneteenth" and grew with more participation from descendants. The Juneteenth celebration was a time for reassuring each other, for praying and for gathering remaining family members. Juneteenth continued to be highly revered in Texas decades later, with many former slaves and descendants making an annual pilgrimage back to Galveston on this date.

Juneteenth today, celebrates African American freedom and achievement, while encouraging continuous self-development and respect for all cultures. As it takes on a more national, symbolic and even global perspective, the events of 1865 in Texas are not forgotten, for all of the roots tie back to this fertile soil from which a national day of pride is growing.

The future of Juneteenth looks bright as the number of cities and states creating Juneteenth committees continues to increase. Respect and appreciation for all of our differences grow out of exposure and working together. Getting involved and supporting Juneteenth celebrations creates new bonds of friendship and understanding among us. This indeed brightens our future - and that is the Spirit of Juneteenth.

All are welcome to attend this free community event. No RSVP required. Simply join in at Whitewater Music Hall (131 1st Street, Wausau) anytime between 2:00 p.m. and 9:00 p.m. on Saturday, June 19. Reach out through the Facebook Event page for more information and with questions. 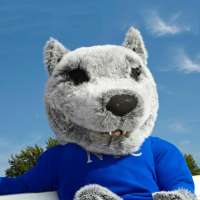 Student Life is the living and learning that takes place outside of the classroom. Allow us to serve as your guide to the Timberwolf experience through campus events, student leadership development, club and advisor resources, and student advocacy.
studentlife@ntc.edu 715.803.1294

Thursday, June 24 at 3:00pm
Even though NTC has been using Zoom for over a year, you may still have questions about how to log in to Zoom to meet with a Tutor, Coach, or the Library Student Outreach Specialist.

How to Plan for a Paper

Friday, June 25 at 1:00pm
Students who plan their writing produce better quality texts and stress less! Learn some fundamental basics of planning an essay that will reduce your stress, sharpen your focus, and produce a better product in this workshop led by Coach Kristi!

Tuesday, June 29 at 9:00am
Note taking can be a very difficult skill to learn, but the Academic Resource Center is here to help!

Wednesday, June 30 at 10:00am
Library Student Outreach Specialist Nikki is excited and ready to help you with your research projects!