By Kelsi Seubert Nov 14, 2022
Angela and Jacquelynn Morrow have very different personalities, but as a mother and daughter duo completing the nursing program, they share a common bond of caretaking.

As a mom of six, Angela developed a love of caring for others. It wasn’t until after her children were grown that she decided to pursue a career in healthcare.

“I always wanted to be a pediatric doctor, but I had a family so that was my first love — being able to have children,” said Angela. “I decided that nursing would be something that I maybe would enjoy doing.”

After Angela began classes at NTC, she talked to her daughter, Jacquelynn, about her experience.

After earning her first degree at the age of 16, Jacquelynn began working as a CNA.

“I didn’t think that I would ever go into the medical field at all,” said Jacquelynn. “Coming into it and finding how much I love it and could be a help to people has really meant a lot to me.

Ultimately, Jacquelynn also enrolled in the nursing program and quickly had the support of a fellow student — her mom.

“If I didn’t understand something or if I felt overwhelmed with it, or like I just didn’t know, it was nice to have my mom there,” said Jacquelynn.

Both Jacquelynn and Angela are passionate about taking care of patients and their communities.

“(Patients) need to be able to trust their nurses and trust those that are really trying to help them,” said Angela. 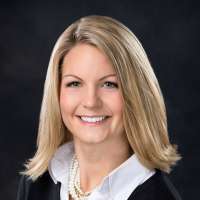